I am taking this STATE-80 course from Harvard Extension School. This course teaches commonly used distributions and probability theory. The instructor Hatch is a really good teacher and he uses simulation for all the demonstrations along with the formulas.

In week 6, we revisited the Monty Hall problem which we played on the first day of class.

If you have not heard about it, I quoted from the wiki:

Suppose you’re on a game show, and you’re given the choice of three doors: Behind one door is a car; behind the others, goats. You pick a door, say No. 1, and the host, who knows what’s behind the doors, opens another door, say No. 3, which has a goat. He then says to you, “Do you want to pick door No. 2?” Is it to your advantage to switch your choice? 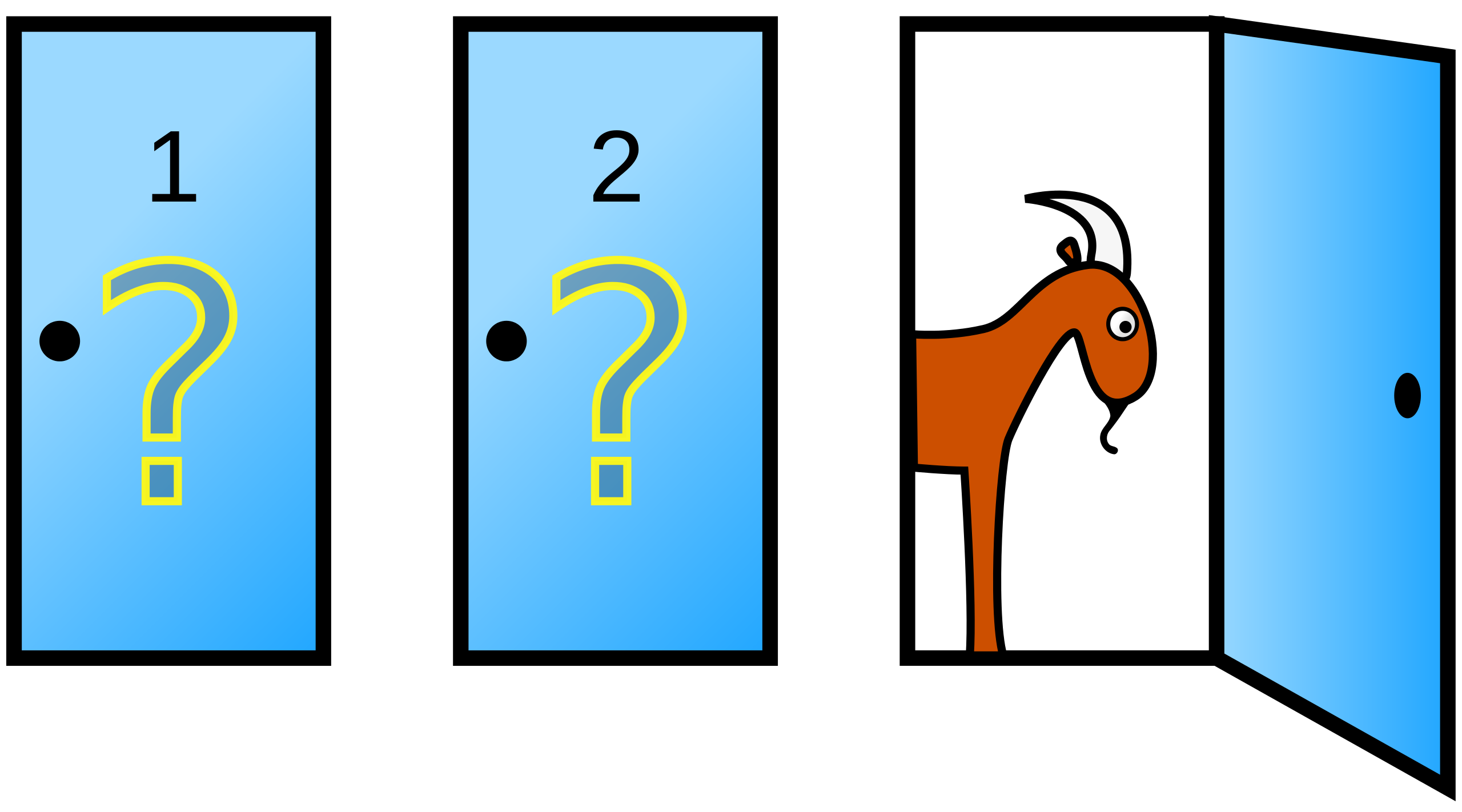 Why if I switch I have a better chance to win the car? If the host opened a door with a goat, the car is behind the door of what I have chosen and the one I have not. Is not it 50% of chance to win the car whether I switch or not? It is so counter-intuitive that even Paul Erdős did not get it at first.

Let’s tackle it by simulation first and then I will give the formulas to deduce the result.

The code was copied from Hatch’s lecture notes. The variable names are clearly given and the comments also help you understand the code.

Now, let’s check how many times one wins car:

Is it surprising?! Let me explain in plain words:

Let’s focus on the strategy of always switching the door after the host opens a door.

The trick to using conditional probabilities is to pick the right event to condition on. For the Monty Hall problem, we will condition on the event that Marie selects the door with the car behind it as her initial choice, and we’ll denote this event \(A\). Then the event \(A^c\) is that Marie does not select the car door as her initial choice, but instead selects a door with a goat behind it. Also, let \(B\) denote the event the event that Marie wins the car in the end. Now suppose Marie adopts the strategy of accepting the offer to change her initial selection after seeing another door opened with a goat behind it.

As I mentioned above:

Let’s try a Monty hall game with 4 doors behind which are 1 car and 3 goats. Just change

With 4 doors, if you initially select a door with a goat, the host opens a door with goat, you will be leaving two doors: one with goat and the other one with car. So you will have \(1/2\) chance to win the car.

Simulation is a very good tool to teach statistic concept and especially for the non-intuitive ones.